Accolade Park is a multi award-winning bottling facility. The site boasts an impressive 868,000 sq ft in scale and produces 75 million cases of wine a year.

Equipped with the latest technology from state-of-the-art laboratory facilities to world-leading fillers, Accolade Park leads the way in terms of quality, efficiency, sustainability and cost.

The task was to promote Accolade Park, highlighting the site’s determined precision, attention to detail and essentially capturing the scale and depth of both the physical location and the work undertaken inside.

Filming consisted of a total of five video production crew members; one cameramen and one cinematographer filmed a representative from Accolade Wines, another cameraman took B-roll footage of the site, whilst the remaining two drone operators filmed internally and externally using two separate drones.

The final cut is a combination of expertly filmed footage, art direction and meticulous post-production techniques, which not only inform but re-energise and showcase this fascinating feat of productivity and performance. 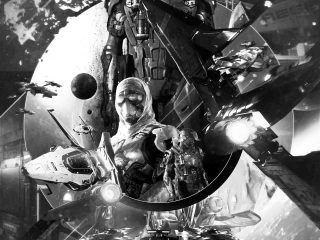